On 12th May 1820, Florence Nightin­gale was born. In her honour, Inter­na­tio­nal Nurses Day is celebra­ted every year on her birth­day. But who was this woman, who is credi­ted with paving the way for modern nursing?

Florence Nightin­gale grew up in Victo­rian England as the second child of a wealthy family. However, she was born in the Tuscan city of Florence (Italy), after which she was also named. When she first became interes­ted in nursing, this met with strong disap­pro­val from her family. Nevertheless, young Florence fought back and perse­ve­red: Nightin­gale assis­ted Theodor Flied­ner in Kaisers­werth and ultimately opened her own nursing school in London. 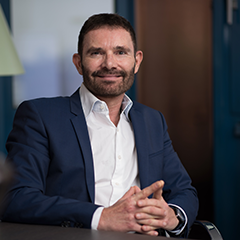 In the year 1854, Great Britain entered the Crimean War against Russia. Reports of inade­quate medical care for wounded soldi­ers caused Nightin­gale to leave for Scutari (now: Üsküdar, Turkey), where the armed forces kept a military hospi­tal. Through her work there, medical services under­went a marked impro­ve­ment and she herself became somewhat popular with the general public. In fact, the Times repor­ted how she would make her rounds of the hospi­tal, lamp in hand. Later, the poet Henry Wadsworth Longfel­low would immor­ta­lise Nightin­gale in his poem ‘Santa Filomena’ with the nickname ‘Lady with the Lamp’, which is still used today.

On a trip through Europe, Florence Nightin­gale disco­ve­red a young owl in Athens which had fallen from its nest. She nursed the owl back to health and brought it every­where with her. Having been chris­tened Athena, the owl died during the Crimean War. Nightin­gale had her stuffed and the owl can be seen today in the Florence Nightin­gale Museum in London.

Florence Nightin­gale recei­ved a good educa­tion from her father and studied statis­tics in great detail. Later, she would apply these skills and develop new types of diagrams. Nightin­gale was a pioneer of statis­tics in the fields of medicine and nursing. In 1859, she was the first woman to be admit­ted to the Royal Statis­ti­cal Society.

In 1860, Nightin­gale estab­lis­hed a nursing school at St Thomas’ Hospi­tal in London, which still exists today (though in altered form). Here, an organi­sa­tio­nal and educa­tio­nal model was develo­ped, which subse­quently served as a model for many other nursing sites. Her book, Notes on Nursing: What It is and What It is Not, released the same year, inclu­ded a first theory of nursing and also became a bestsel­ler; 15,000 copies were sold in the first two months alone.